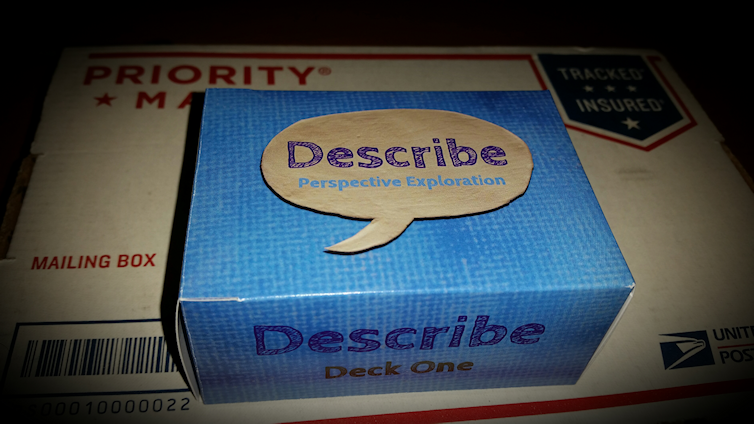 As part of the build-up to the launch for the Describe Kickstarter, people signing up for the mailing list were entered into a contest to win a free copy. Entrants received an additional entry for each person they successfully referred to the list. Just before launch, I randomly drew five names and following are the lucky winners. Each will receive a prototype copy of Describe like the ones seen on the site and the Kickstarter video.

Thank you to everyone who participated and helped spread the word about Describe. I hope everyone will join in support of the campaign so that everyone who wants to experience the power of Describe has the opportunity!

Winners of the Describe Pre-Launch Drawing

Congratulations to the winners and thank you to everyone supporting the Describe Kickstarter campaign!